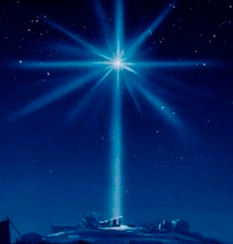 As I have grown older every year at this time that tree with the lights and promise of holiday cheer somehow gets smaller and the lights aren’t so bright. As we get older it is said that eyesight weakens but I have discovered that actually I see much better than in my younger years. ’Tis the season so they say and the lights, music and joy and at some times the goodwill of men overwhelms us all. It’s what is on the other side of that tree that seems to be more and more real in my life. I can’t help but see beyond main street, the bright lights, smiles and the rush of the season, my eyes wander to the side streets where there are people who wonder where they will be sleeping tonight or where their next meal is coming from, the need for a warmer coat and why the world seems to pass them by, for whatever reason. To these people a good coat and some socks without holes in them is more than they can expect. I watch the family in Wal-Mart, mom and dad, trying to figure out how they fill all of those wishes the kids have passed on to Santa. I see the mom in the grocery aisle counting money against what she needs to make ends meet. I know there are families struggling with the illness of a loved one, knowing that it won’t turn out well. No, I am not a purveyor of doom and gloom, I believe age enhances our ability to see reality and view others differently. Every year I tell myself that I will write about the other side of that tree and I never do, because like many of us I too am blinded by the bright lights and the anticipation and excitement Christmas morning brings. You know that saying, “Can’t see the forest for the trees.” I think maybe we sometimes can’t see That Star, for That Tree.

Jesus couldn’t have come at a better time, for thousands of years the Jewish people had been subject to foreign rule, with only a few brief periods of independence. Where Jesus was born and lived, the area known as Palestine, modern-day Israel, had there systems of government. There was the Jewish self-government which reported to the local Roman government, ruled by King Herod, which reported to Rome, Emperor Caesar. It is not a point of common knowledge in the pew but the system allowed for some unusual things. There was religious freedom, political freedom and freedom of thought! There was one caveat, just a small one. All of these freedoms had to be compatible with the Roman system. There was a great difference between rich and poor. You had an upper, middle and lower class, this in its self is not that big a surprise. The big difference was the classes were set in a pattern of political and religious beliefs and loyalties. There was heavy taxation by the Roman government and the tax collectors were considered to be outcasts and traitors. There is so much more about the world that our savior was to be born into. It was a world that no number of Christmas trees, lights or gifts could ever change. It was a world in which they were waiting for the leader that God had promised, whom they believed would bring spiritual renewal and free them from foreign oppression and at this time in their history it was the Roman Empire.

Jesus spent most of his life in and around the farming village area of Nazareth. Similar to many farming villages throughout the world, life was patterned after traditions, roles and rituals passed down from many generations beforehand. (jesuscentral.com)

I shall see Him, but not now: I shall behold Him, but not nigh: there shall come a Star out of Jacob, and a Sceptre shall rise out of Israel, and shall smite the corners of Moab, and destroy all the children of Sheth, and Edom shall be a possession. Seir also shall be a possession for his enemies; and Israel shall do valiantly. Out of Jacob shall come He that shall have dominion, and shall destroy him that remaineth of the city (Numbers 24:17_19).

“Thus Balaam’s reluctant, but divinely inspired, prophecy, revealed that a unique Star associated with Israel would accompany a future Sceptre (that is, King) who would eventually rule the world.” (Henry M Morris PH. D. icr.org )

Matthew 2:2
They asked, “Where is the newborn king of the Jews? We’ve seen his star in the East, and we’ve come to honor him.”

The star that God put there to point the way to his son, the new-born king of the Jews, he who was sent to forgive the sins of the world and heal a broken and hurting world. We can and do become distracted by the bright lights and gifts under the tree but who hasn’t been drawn to and wondered at a bright and shining star in a dark sky? That star guided them to the Christ child and many are the stories that tell about it. Take your eyes off the tree and look at what lies beneath the star, for it is here we find the real meaning behind the tree.

Luke 1: 78-79
Because of our God’s deep compassion, the dawn from heaven will break upon us, to give light to those who are sitting in darkness
and in the shadow of death, to guide us on the path of peace.”

The time couldn’t have been better. The world was a harsh and unforgiving place for all people. He came as the hope for all people, for a better world and with him came the promise of life for all who believed. With all that is going on around us these days, the world is still a better place because he came. Those people I wrote about at the start of this blog, they are a reminder that there is work still to be done, they are why he came. While That Tree and the lights and joy of the season are real and part of this day…. Follow That Star to the day God blessed his people with a savior. You can’t put the star, or its promise in a box of pretty paper, bright ribbon and place it under a tree. It was and is to be seen by all, for in it is the light of the world, the promise of salvation, for all of God’s people and creation.