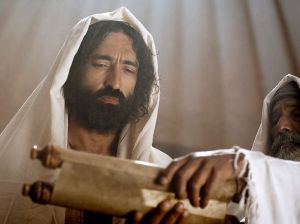 The book of Luke, I don’t often go there and I cannot give an adequate reason as to why. First a look at Luke, the doctor and traveling companion of Paul. There are several references to Luke in NT writings. There is mention of Luke in 2 Timothy 4: 11 it is written that “only Luke is with me” alluding to Paul’s final time in prison. In Col 4:14 he is identified as the “beloved physician”. Irenaeus, the Bishop of Lyon, claims that Luke was inseparable from Paul. Luke actually was a fellow-laborer of the Apostles. Luke learned from the Apostles.

Many have undertaken to draw up an account of the things that have been fulfilled among us, 2 just as they were handed down to us by those who from the first were eyewitnesses and servants of the word. 3 With this in mind, since I myself have carefully investigated everything from the beginning, I too decided to write an orderly account for you, most excellent Theophilus, 4 so that you may know the certainty of the things you have been taught.

In these opening verses we also encounter the intriguing question..who is Theophilus. As usual there are many theories and thoughts about the who. The name “Theophilus” literally means “loved by God,” but carries the idea of “friend of God.” After some study I am led to believe that Luke was indeed writing to a specific person but the message applies to all Christians and is timeless. Every gospel has its own identity or characteristics and Luke gives us a Jesus that is compassionate and a friend to outcasts. Jesus is the savior sent to find and save the lost. I find chapter 4 interesting because it is an introduction to Jesus’ ministry in Galilee. Reading from 4: 14-15:

14 Then Jesus, filled with the power of the Spirit, returned to Galilee, and a report about him spread through all the surrounding country. 15 He began to teach in their synagogues and was praised by everyone.

There is the account of Jesus reading Chapter 61 of  Isaiah in the synagogue. I would like to take a closer look at these verses, Luke 4:16-21.

16 When he came to Nazareth, where he had been brought up, he went to the synagogue on the sabbath day, as was his custom. He stood up to read, 17 and the scroll of the prophet Isaiah was given to him. He unrolled the scroll and found the place where it was written: 18 “The Spirit of the Lord is upon me,  because he has anointed me to bring good news to the poor. He has sent me to proclaim release to the captives and recovery of sight to the blind, to let the oppressed go free, 19 to proclaim the year of the Lord’s favor.”20 And he rolled up the scroll, gave it back to the attendant, and sat down. The eyes of all in the synagogue were fixed on him. 21 Then he began to say to them, “Today this scripture has been fulfilled in your hearing.”

The return to Nazareth and to the synagogue is but a few verses but what we find here is precious to the eyes and ears of the believers. Now there is an order of service, if you will, in the synagogue as to reading and teaching. There is first the Shema, recitation of the Decalogue, the eighteen benedictions, the reading of the Scripture, the Psalms, the exposition, and the blessing. There would be people who were asked to led a prayer or a reading but here Luke gives us only part of that service. The Hazzan, or assistant would have handed Jesus the Scroll. It is possible that even in that day there were certain scriptures to be read, but Luke understood that Jesus himself chose this passage.

As we read this passage it is very clear that all Jesus does in the coming chapters occurs by the power of the spirit. The problem for some of these folks was that they found it hard to believe that God’s promises were for all people. We know that some of what Jesus said angered the people there that day. The Jews considered God to be theirs alone, they were jealous of the thought that others might be promised these things other than the Jews. They were so sure that they were god’s people that they tended to look down on all others. The wonder of it all does not stop here. Here was this Jesus, whom they all knew, preaching that all others, that meaning Gentiles also, which literally meant everyone, were favored in his message of grace and mercy. They were beginning to understand that this new message was unlike any they had dreamed possible. There is also a message here for us today. Jesus was always in synagogue on the Sabbath. There had to be many things that he found disagreement with and were a burden to him, but he went anyway. It was Jesus’ habit to join with those worshiping God on God’s day. How petty are the things that turn us from being among God’s people on God’s day.

Jesus brought the gospel good news. There are some other good things here. The grace of God has no boundaries, or limits. No one nation, church, group or race has any exclusivity in the promises of God. When we turn others away, we by our behavior turn away from God. There is a radical inclusiveness in the gospel that is all-powerful. At the same time, because of who we are, it sometimes produces in us barriers that keep us from loving all people. As long as we allow these barriers to exist, as long as we resist the teachings of Jesus as the gospel records, we can not be open to Jesus or the Holy Spirit. As long as we allow boundaries to separate us and limit our love for all God’s people, we can never truly be His. We will be blind, deaf and lost, just as those in that synagogue on that day so long ago were.

Thank you for coming by the Pew.