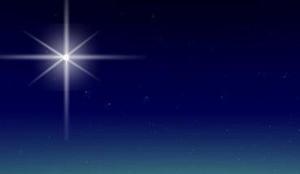 We have become so causal in our reception of this story of the birth of Christ that that the words have become just a marker or part of the seasons events as we make our way to the tree and the presents. The wonder of what happened that night so long ago is celebrated in song, candle light services for some of us and for some a Christmas Eve Mass and then the rush to gather round the tree and open presents. I wanted to move beyond the traditions and rote of the season to look a bit closer at the events leading up to the birth and the Angels in heaven as they celebrated “to you this day is born” and the humility of the Shepherds  as they stood watching over their sheep. I will turn to Luke’s account of this night of nights, Luke 2: 1-20.

First thing, over the years there has been some question as to the validity of the edict concerning the census. I use a reference from the DBS page 25 which is an actual government edict from that time and reads as follows:

Gaius Vibius Maximus, Prefect of Egypt orders: ‘Seeing that the time has come for the house-to-house census, it is necessary to compel all those who for any cause what- soever are residing outside their districts to return to their own homes, that they may both carry out the regular order of the census, and may also diligently attend to the cultivation of their allotments.’

This is important to the story because it another instance where increased knowledge shows the accuracy of the New Testament. It is understood that even in this time the old tribal ancestries still required men to go the headquarters of their tribe for all such things as well as religious duties. This important detail adds creditability to why Joseph and Mary undertook such an arduous journey at this time in her pregnancy. The journey would not be an easy one and the path of their route would expose them to temperatures as low as thirty degrees at night. The distance they traveled was about eighty miles and accommodations for travelers was primitive at best. I don’t want to burden this blog down with too much information but it is necessary to paint a picture in our minds other than Joseph, the donkey and Mary on a dirt road. The accommodations would be an ordinary eastern Khan which was a series of stalls opening off a common courtyard. So here in this common courtyard Mary’s child was born amid the chaos and usual sights and sounds of a manger. Manger translated means a place where animals feed.  Travelers provided their own food and there would be fodder for the animals and a communal  cooking fire, we need not burden ourselves with the numerous details that over the years have become associated with this moment. Again from the DBS is this little gem. That there was no room at the inn is perhaps symbolic of the fact that even now in this world today there is no room for his entry into the hearts of people around him. It is sad to admit that his rejection goes on even today. The child would have been placed on a square piece of cloth and then a long bandage like strip running diagonally off one corner would be wound around him. There were no special arrangements made and the Son of God, he who would reconcile the people to the Father, the bringer of salvation for all came among the people in a most ordinary way, subject to the elements of the day, fulfilling the prophecies as written and the world would never be the same.

As we read on the sounds of familiar hymns play out their stories in our minds and visions of Angels are seen before us as the heavens rejoice. The shepherds in the field have a story to tell also. They were despised by the good orthodox people because they were not able to keep the details of the ceremonial law. There job required their complete attention to the care and safe guarding of the sheep. They could not always observe all the rules like the hand washings, prayer before bed or when first rising in the morning, they had no regular schedules as the flocks made constant demands on them. To these simple men the message came first as they labored in the fields. There is a possibility or in all likelihood, that these were very special shepherds, most likely these were the flocks which were pastured close to Bethlehem. Because it was required to offer an unblemished lamb in the morning and evening it would be necessary to have the flocks close by and they were the private property of the Temple authorities. It was also a custom that when a boy was born musicians would gather at the home to greet the birth with simple music. Jesus was born in a stable in Bethlehem, there was no way for this custom to take place…but the angels sang the songs, all of the heavens rejoiced as the Son of God came among us. We today have the privilege of raising our voices in praise of he who came among us seeking no special privileges, to live as we live and to offer the gift of salvation, forgiveness of our sins and a fuller life for all God’s people.

May you raise your voice in praise, fall on your knees and know the wonder of this night, beyond the tree, lights and presents.