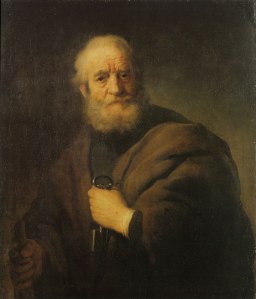 …Therefore I will make the heavens tremble, and the earth will be shaken out of its place, at the wrath of the Lord of hosts on the day of his fierce anger’ (Isaiah 13:10–13).

In 2 Peter 3:10 we see Peter tie the OT picture of the day of the Lord with the NT picture of the second coming of Jesus Christ. Painting a picture with words was a staple of Old and New Testament writing. The concept of the second coming is in many ways difficult for many to understand or accept because there is the accountability factor to be considered. Many spend a life time avoiding or refusing to accept religion, faith or Jesus Christ into their lives but the truth is we cannot escape from the certainty of the entry of God into our own life experience. This week in the pew we will look at the moral dynamics, the certainty of that day, the avoidance of scripture pointing to it and the need for all Christians to have a firm foundation in the faith and to grow continually unto that day.

We will be looking at 2 Peter 3:11-18. Peter is interested in the moral condition of the people he is dealing with. When these things come to pass those who have sought to live a holy life will be judged righteous and fit to live in this new world. Those who have sought with all their minds and hearts to be righteous in his sight will be rewarded. As Christians we have the goal of preparing for the day of the Lord and our salvation. If there is nothing after death, life is taking us nowhere. The Gentiles of the day had no goal for this world or for individual life, you were born, lived and died … that was it. If we live a life with no goal other than death, then we develop an attitude that mirrors this ancient Greek or Roman epitaph. ‘I was nothing: I am nothing. So thou who art still alive, eat, drink, and be merry.’ Nothing matters much if the end of everything is just that … the end. Here we can appreciate Petter’s concern for the way people are living. When you have nothing to live for but just today there is a feeling of emptiness, of being lost and no self worth, the second coming is important, it is hope, it demands a certain amount of preparing with the goal being ready for the Lords Day. These people were living as if they were coming from nowhere on the way to nowhere. When we ignore the teaching about the second coming and the truth it preserves, that life is going somewhere is gone, then without that conviction there is nothing to live for. There is more in these first three verses. Peter allows that there are ways we can hasten the coming of Christ.

-The earnest prayers of Christians ‘your kingdom come’ (Matthew 6:10). Prayer opens our hearts to the coming of the King.

-Proclaiming the word throughout the world, everyone must know. Active evangelism can help hasten the coming of the King.

In the next set of verses Peter warns of those who would distort the Scripture for their desires and he then closes this last set of verses with  reference to a firm foundation and continual growth. (2 Peter 3:15-18) A couple of thoughts here, Peter cites Paul as having the same thought as himself, that a pious and holy life is necessary in preparing for the coming of the Lord. Both Peter and Paul agreed that the fact that God withholds his final action is never to be used as an excuse for sinning but always as a means of repentance and the goal of reaching everyone with the word. Peter says, there are things in Paul’s writings that are hard to understand; there are things which people will use to benefit their way of living. Three things come immediately to mind.

-Paul’s doctrine of grace was being used as an excuse and even a reason for sin (Romans 6).

-Paul’s doctrine of Christian freedom was twisted into an excuse for unChristian behaviors. (Galatians 5:13).

-Paul’s doctrine of faith was twisted into an argument that Christian action was unimportant, as we see in James that way of thinking is wrong (James 2:14–26).

Taking Christian truth and Holy Scripture and turning it into an excuse and even a reason for doing what they want to do instead of taking them as guides for doing what God wants them to do had become the norm of the day and unfortunately that is also the situation we in the Christian community are facing today. Peter closes in verses 3:17-18 with a warning and some instructions. Christians are people who are forewarned, they cannot plead ignorance.When you know what is right and do wrong you are under a double condemnation. Christians have a reason for life, which is rooted and founded in the faith.We should never cease to be aware that it is our duty of making our lives fit that belief. The Christian life is both a life with a firm foundation and at the same time a life which continues to grow outward and upward. Glory to Christ, Now and Forever ….