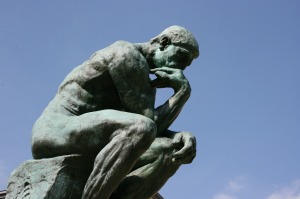 This will be a bit unusual this week but every now and then I like to step out of the Pew. We can immerse ourselves in the Bible, structure our lives to avoid those things that we consider to be outside the faith but until the Lord’s day comes we live among the human world mortal sins and shortcomings. We have been called to challenge that and to tell the story and bring others to Jesus Christ….BUT….

There are so many things in our everyday lives that challenge our Christian way of life that I don’t think our minds are large enough to cipher through all of it. Now at this point I will endeavor to elaborate on that BUT, in the opening paragraph. In the news today here in the USA we learned that there will soon be a vacancy on the highest court of our nation… that would be the Supreme Court of The United States. A person will be nominated by our President, considered by our Senate and upon whose consent the vacancy will be filled. Let’s think about this for a moment. The President and the Senate will examine reason, ponder, and think and yes there is a bit of redundancy here and guess what…they will overthink the subject at hand. Why? Because of those little soundtracks running in their minds. Now to be nice here I will simply say they will overload their minds due to the increasing amount of pressure from social, cultural and agenda driven causes. Ok, where is the Christian perspective in this weeks Blog? Well, it comes from a  current sermon series at church titled Soundtracks and has as it guide thoughts from a book, Soundtracks written by Jon Acuff.

Like the Greeks of old, our Senate the smaller upper assembly in the US Congress, must give their consent to the President’s choice and they love to debate. There is nothing unusual about this process or anything evil about it…but… the good people haven’t shown up yet and already Jon Acuff’s theory on overthinking has cast its shadow on the process. To borrow from Jerry Lee Lewis, while there might not be a “whole lotta shaken going on” there is a whole lot of thinking going on. So far it is shaping up to be an issue of race, political agendas and one other issue that has always been a hot button issue…plainly said Abortion and that friends caught my attention. The search, the vetting, the nomination and either approval or not of the US Senate of that person, follows a procedure that is in place and has a history of working well. You may have noticed up to this point…somehow the Bible got lost in all the thinking I have been doing…Could I have over thought this situation? I most likely have but  consider this. My own study and reading others comments has led me to the conclusion the bible does not say anything at all about Abortion. We find ourselves caught in a dilemma here. The last candidate  nominated to the court was thought of as a Pro-Lifer… This time the tag will be a person thought of as  Pro-Choice. Now to be fair I always try to see both sides of the debate but I have always looked at a debate as a process that only one can win…there always will be a loser or in some cases, losers. From a believers view the word of God is not debatable. The Bible does not present itself as having mixed feelings or contradictory ideas about something or someone and we miss this point but I do admit that some commentaries and writers do. Example…you will not find the word gay in the Bible, Old or New Testament, except in the newer translations but you will find behaviors that today attribute to the use of that term in new world language and have assigned that word to describe those certain behaviors in our time. The point I am trying to make is that there are things that take place in the Bible, situations where what we now refer to as an Abortion occurs, but is not referred to as such. Basically speaking, the qualifications to be appointed to the Supreme Court are few, and concise. The link posted at the end of today’s blog is very informative, well worth the read. All this would work well and get this done…but in this case the overthinking will make for a decision of excessive thought due to those nasty soundtracks in the minds of all involved. I will leave you with this thought… Here is a direct quote from an opinion piece I read in preparing this blog.

“Christians can point to a long tradition of condemnation of abortion, dating back to the period just after the New Testament, and may reasonably feel that this tradition carries weight.”

“But Christians who turn to Scripture to trump a political debate with the force of biblical authority should be reminded that the Bible does not actually say anything at all on the topic. On this issue, there is no divine revelation to be had.”

(John J. Collins is Holmes Professor of Old Testament at Yale Divinity School and author of “What Are Biblical Values? What the Bible Says on Key Ethical Issues.” The views expressed in this commentary do not necessarily reflect those of Religion News Service.)

The above being the tag attached to these quotes. I don’t feel like it is a waste of space as I always want you to know where I get my information… or it could be a law…I don’t know.

I would add to the Professor’s comments with respect… in today’s world there is no such thing as biblical authority and with sadness I must say very little within the church. We are a weird people. We believe God created everything, even our very person. We heard the argument “it is my body, no one can tell me what I can do with it.”

So I will go out with a big bang! You my friend were created by God, given life and a purpose and I will give you the “do what I will with it” there is such a thing as free will.  Here is that but again …your soul belongs to your creator and in the end he will determine its fate. God gives and is life, why are you so determined to take it.